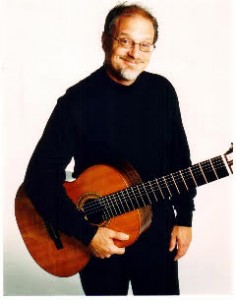 Dr. Michael Knopf is a concert guitarist and composer, a dedicated teacher and a music researcher from the United States residing in South-East Queensland, Australia.

Michael performs on a 7- string classical guitar made by Tasmanian Luthier Allan Bull, on 12 string and baritone steel string guitars and on a Jazz archtop.

Michael’s solo performances feature an array of guitar/musical styles embracing many genres and provide insight into the music through his anecdotal approach to introducing the pieces he plays.

For enquiries for Michael to perform at your festival, music venue, restaurant, bar or house concert, go to the Contact page.